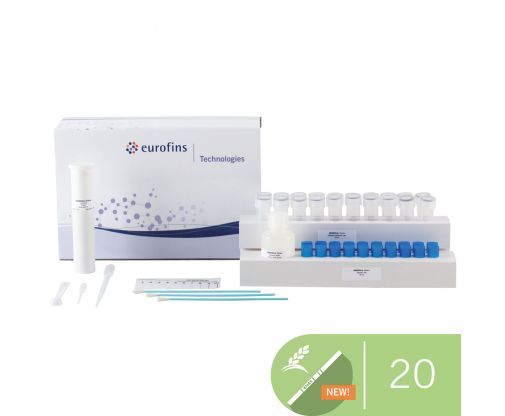 WATCH THIS VIDEO to learn about the procedure of the SENSIStrip Gluten kit, and how to evaluate the results by using the RapidScan Lateral Flow Assay Reader.

The Eurofins Technologies Gluten test is based on the principle of immunoassay. Gluten containing sample is given into a reactions vial containing an activation reagent. After 3 minutes incubation at room temperature a test strip is placed into the reaction vial. The sample migrates along the nitrocellulose membrane by capillary forces. Along its way it releases gold nanoparticles conjugated to anti-gluten-antibodies. For positive samples a red line is formed when the liquid reaches the test line area. In case of negative samples, no line is formed. In any case, above the test line area a red control line appears, indicating the validity of the test. The test is evaluated after another 5 minutes.

Visit our Youtube Channel and watch this recorded webinar to learn more about our rapid solution for allergen testing.