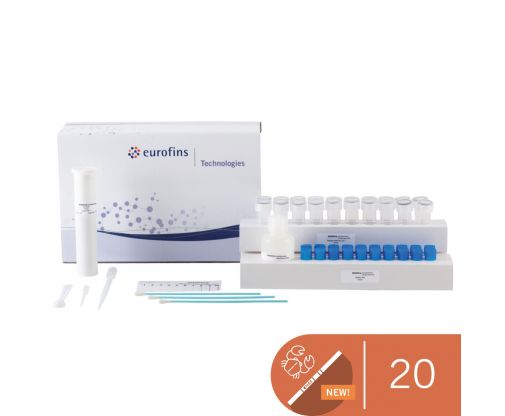 The Eurofins Technologies Crustaceans test is based on the principle of immunoassay. Crustacean containing sample is given into a reactions vial containing biotinylated antibody directed against crustacean tropomyosin. After 3 minutes incubation at room temperature a test strip is placed into the reaction vial. The sample migrates along the nitrocellulose membrane by capillary forces. Along its way it releases gold nanoparticles conjugated to streptavidin. An antibody-gold complex is formed. For positive samples a red line is formed when the liquid reaches the test line area. In case of negative samples, no line is formed. In any case, above the test line area a red control line appears, indicating the validity of the test. The test is evaluated after another 5 minutes.

Visit our Youtube Channel and watch this recorded webinar to learn more about our rapid solution for allergen testing.