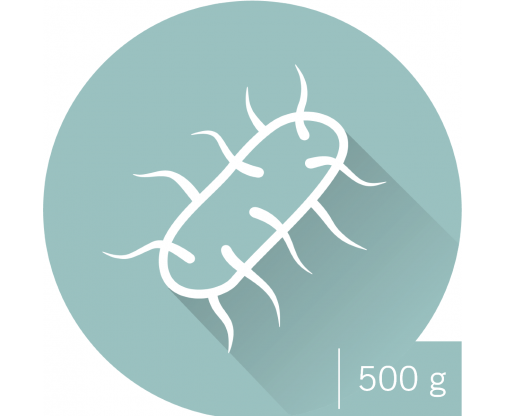 BACGroTM Lauryl Sulfate Broth is used in the detection of coliforms and E. coli in water, wastewater, and food.

ONLY AVAILABLE FOR PURCHASE IN THE UNITED STATES!

Coliform presence in drinking water can be an indicator of contamination by other disease-causing bacteria. Coliforms are Gram-negative non-spore forming bacilli that ferment lactose and may be either aerobic or facultative anaerobes. At 35° C, coliforms will produce acid and gas from lactose after incubation periods of 24-48 hours.

Lauryl Sulfate Broth was first described by Mallmann and Darby and is cited in many references for use in the detection of coliforms and coliform MPN testing. It is listed in the Official Methods of Analysis of AOAC International3, as well as American Public Health Association procedures. The inclusion of sodium lauryl sulfate inhibits Gram-positive bacteria, serving as the selective agent for coliforms.

The inclusion of peptone provides nitrogen, amino acid, vitamin, and mineral sources. Lactose acts as the fermentation agent for coliforms, resulting in the production of acid and gas if coliforms are present. Potassium phosphates supply the buffering capacity and sodium chloride is included for the maintenance of osmotic balance. The inclusion of MUG allows for differentiation of E. coli from other coliforms, due to E. coli’s β-glucuronidase activity. MUG is broken down by this enzyme into a fluorescent end product (4-methylumbelliferone) which can be detected by excitation with a UV light at 365nm.